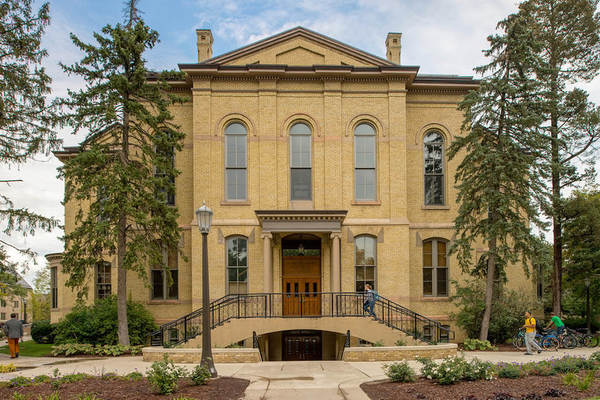 Nickname for LaFortune Student Center. The original student center is located between North Quad and God Quad and houses Subway, Starbucks, Smashburger, Taco Bell, and Pizza Hut, as well as a mini-mart known as The Huddle. Also home of the infamous Quarterdog! 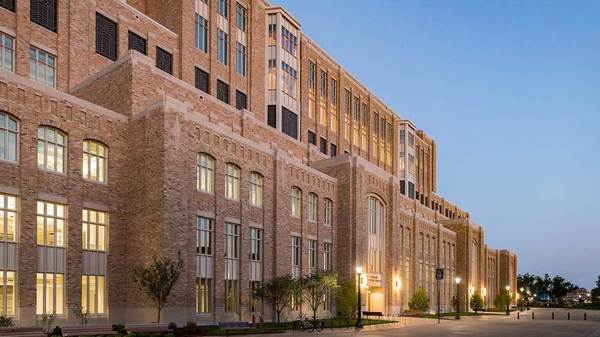 Nicknames for The Duncan Student Center - students haven’t quite figured out what to call it yet! Part of the Campus Crossroads project, this nine-story addition to the west side of the stadium is home to a new rec center, a spacious ballroom, the Career Center, three restaurants, and ample study space. 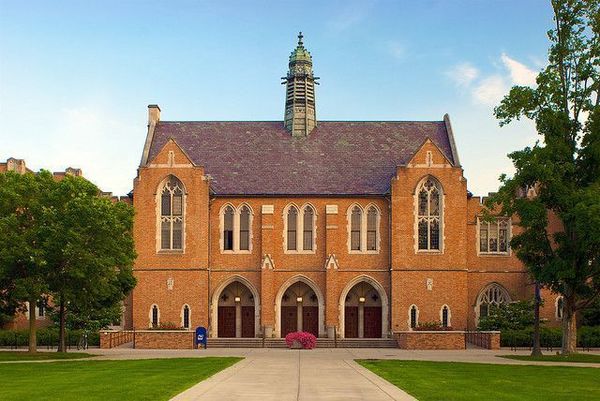 Nickname for South Dining Hall, one of two dining halls on campus. Known for its Hogwarts-meets-Last-Supper feel, South remains a favorite to alum and current students alike. Located on South Quad, South and West Quad Irish are regulars. --Daily Menu 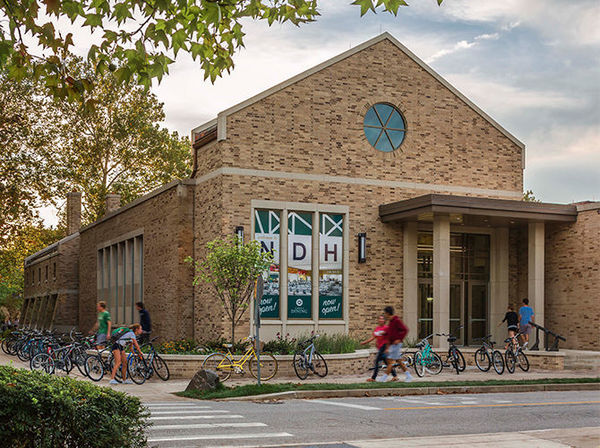 Nickname for North Dining Hall, the other dining hall on campus. Originally built in 1957, North underwent a major remodel in 2016. Located on North Quad, this dining hall is a favorite to North and Mod Quad domers. Students across campus line up for Thursday’s lunch special - Southwest Salad!  --Daily Menu 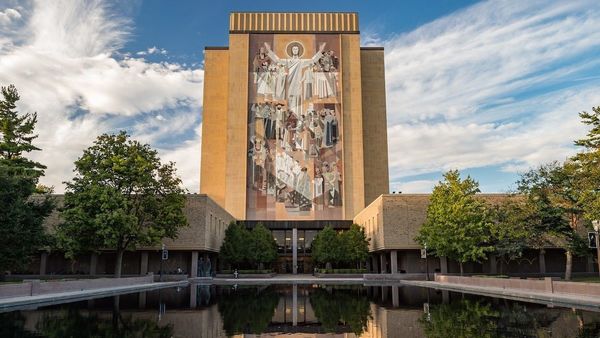 Each student has a favorite spot in this 14-floor library - easy to spot by the huge mural on the side facing the stadium. The mural’s official name is “The Word of Life,” but is more commonly known as “Touchdown Jesus.” Currently undergoing a series of extensive renovations, students can find brand new spaces on the first, part of the second, and tenth floors, while the remaining half of the second floor remains closed.

Nickname for Debartolo Hall, all students are destined to have a class in this all-purpose academic building next to the stadium. With 150-seat lecture halls to small, seminar-style classrooms, Debart has it all. 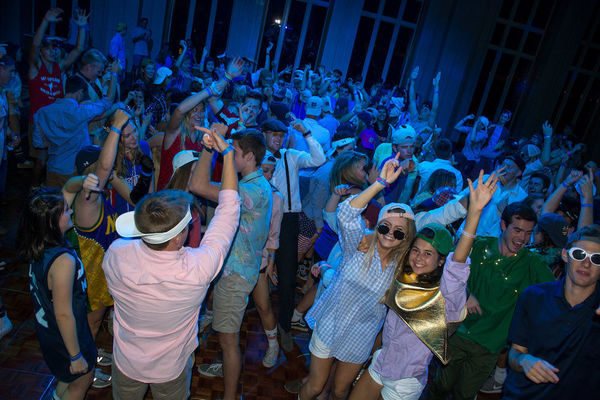 Each dorm hosts an informal themed dance during the fall semester. The name SYR comes from "Set up Your Roommate," when it was a tradition for roommates to pick dates for each other. Now students go with groups of friends, ask one of their cute lab partners, or post Google Surveys in the class Facebook page asking for applications! Some past SYR Themes include: Decades, outer space, Disney movies, and Great Gastby.